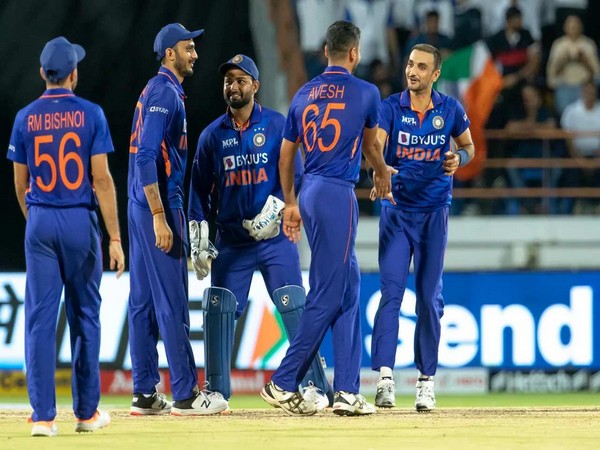 Birmingham [UK], July 6 (ANI): Former Indian wicketkeeper-batter Deep Dasgupta feels that the return of skipper Rohit Sharma for upcoming T20Is against England, will be really beneficial for Team India.
After facing a crushing defeat in the fifth Test against England at Edgbaston, the Men in Blue will be now facing them once again for a three-match T20I and ODI series.
Rohit was ruled out from the fifth Test after he tested positive for COVID-19. In his place, pacer Jasprit Bumrah had led Team India.
“It is very important for the team to have a stable captain. The position of the captain had been really in the last few months, especially during England Test or Ireland tour. Due to injury and any other reason, we had to shuffle between captains. But now Rohit is fit and is available for the upcoming games,” Deep Dasgupta told ANI.
All the teams are now looking forward to the T20 Men’s World Cup, which will be held in Australia in October. Dasgupta said that Team India should focus on every remaining game before the World Cup.
“With only 2-3 months left for the T20 World Cup, there are many players who have showcased their spectacular performances. India is left with 20-22 games before the World Cup, so the selectors might have started shortlisting the players for the big tournament. Each and every match will be very important from now on,” said Dasgupta.
Coming to the fifth Test, a 269-run partnership between Joe Root and Jonny Bairstow helped England create history, with the side completing their highest successful run chase ever in the longest format of the game with a seven-wicket win over India at Edgbaston in Birmingham.
They were able to successfully chase down the target of 378 runs set by India. This win comes after England was bundled out for 284 in their first innings, trailing by 132 runs after India posted 416 in their first innings. India was bundled out for 245 in the third innings of the match setting a target of 378 for England to win.
With this, England has levelled the series 2-2, denying India their first series win on English soil since 2007. They have also completed the most successful run chase at Edgbaston. India has also been handed over their first Test loss while defending a total of 350 or more.
India and England will face each other for the three-match T20I series with the first game on Thursday at Southampton. (ANI)