Ahmedabad (Gujarat) [India], February 20 (ANI): Ahead of the upcoming day-night Test against England at Motera Stadium, India skipper Virat Kohli is making sure that he leaves no stone unturned in preparing for the game.
The four-match series currently stands level at 1-1 and now both teams will lock horns in a pink-ball Test, beginning February 24 at the Motera Stadium.
Kohli on Friday shared a glimpse of how he is gearing up for the third Test against England and captioned the post, “Consistency is the key”. 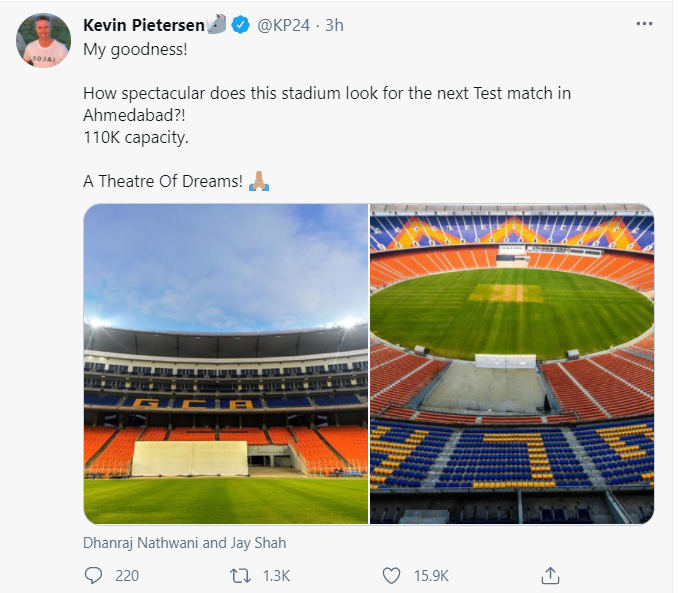 For the upcoming day-night Test at Motera Stadium, both the Indian and England teams arrived in Ahmedabad on Thursday. The four-match series currently stands level at 1-1. The fourth Test of the series will also be played at the Motera Stadium.
The BCCI’s selection committee on Wednesday announced that pacer Umesh Yadav will join the team in Ahmedabad after his fitness Test for the third and fourth Test against England. Umesh will replace Shardul Thakur in the squad, and the latter will be released for the Vijay Hazare Trophy.
Apart from this, the selection committee has decided to not make any other change in the squad and every other player has been retained who was in the squad for the first two Tests.
India squad for last two Tests: Virat Kohli (Capt), Rohit Sharma, Mayank Agarwal, Shubman Gill, Cheteshwar Pujara, Ajinkya Rahane (vc), KL Rahul, Hardik Pandya, Rishabh Pant (wk), Wriddhiman Saha (wk), R Ashwin, Kuldeep Yadav, Axar Patel, Washington Sundar, Ishant Sharma, Jasprit Bumrah, Md. Siraj.
India achieved an emphatic 317-run win against England in the second Test of the ongoing four-match series. As a result, the series stands levelled at 1-1 and the Kohli-led side has also reached the second spot in World Test Championship (WTC) standings. (ANI)